Symbols of life. Participants of the “Garden of Remembrance” campaign planted 27 million trees 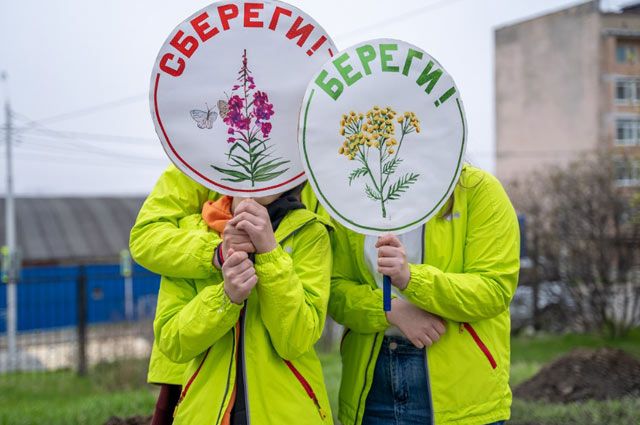 In less than three months, the participants of the “Garden of Memory” campaign from 84 regions of Russia and several foreign countries have reached the goal of the international action — perpetuate the memory of everyone who died during the Great Patriotic War. Memorial gardens were created by schoolchildren, students, employees of large companies, activists of the inclusive center, volunteers, folk artists, veterans and heads of subjects.

The 27 millionth tree was planted in Magadan. Anniversary commemorative birch adorned the territory of the Ecological and Biological Lyceum. About 50 people took part in the action. These are members of school environmental teams, Volunteers of Victory, representatives of the Ministry of Natural Resources and Ecology of the Magadan Region, employees of the Department of Education of the Magadan City Hall, as well as the Governor Sergey Nosov and a veteran of the Great Patriotic War, home front Maria Ivanovna Rotval .

«Tree — it is a kind of symbol of life, so planting it was very valuable. You see how it grows together with you, gains strength, then grows old, because a tree, like all of us, is a living being. Russia — one of the richest countries in forests. And the action has its roots in the post-war period, when people planted gardens in the destroyed territories, restoring peaceful life and beauty. We planted the 27 millionth tree together with Maria Ivanovna and Ksenia Chernetsova from grade 1B, a pupil of a summer camp with a day stay on the basis of the eco-biological lyceum “Ecoleto”, who promised me that she would look after it until the 11th grade, — said Sergey Nosov, Governor of the Magadan Region.

Another event took place today in the Yakut city of Neryungri, where in the Chiryaev Park of Culture and Leisure, participants planted 50 birches in memory of the immortal feat of those who fought at the front and forged the Victory in the rear. It is symbolic that the “Garden of Memory” will be located near the memorial of glory. According to the Acting Minister of Ecology, Nature Management and Forestry of Yakutia, in addition to being patriotic, the action also fulfills an environmental mission, contributing to the formation of a responsible attitude of man to nature.

«Action “Garden of Memory” — this is not just planting trees, but also a tribute to the memory of our soldiers who died for their Motherland during the Great Patriotic War. Today this is a large-scale action, which is aimed at improving the ecological culture of the population. Such an integrated approach allows adults and children to form a sense of responsibility for themselves and our nature, to improve the country's ecology on a daily basis, — noted the Acting Minister of Ecology, Nature Management and Forestry of the Republic of Sakha (Yakutia) Evgeny Perfiliev.

Activists of the Dobrodei environmental group made their contribution to the landscaping of the park and the creation of a memorial garden in Neryungri ; and the association “Young Researcher”, students of the medical college, as well as corporate volunteers of the companies “Kolmar” and «ElgaUgol» — regional project partners.

“We are sincerely glad to make our contribution to the improvement of the ecological situation on our fragile planet — native and only home for all of us. The planted trees, as a symbol of memory of the feat of our fathers and grandfathers, today will stand guard over the protection of nature, clean air, and hence a happy and fulfilling life of citizens, — said Deputy General Manager — production director of MC Kolmar LLC Pavel Andryushchenko.

“When making production decisions, we always take into account the environmental component. The health of not only present, but also future generations depends on a favorable environment. The conservation and reproduction of forests directly affects the quality of life of the vast majority of the inhabitants of the region. Such projects not only make it possible to create a comfortable urban environment and make the air cleaner, but also reduce climate risks», — emphasized Inna Losyuk, managing director of ElgaUgol.

«Garden of Memory» will be held in all regions of Russia and abroad until June 22. The final event will take place on the Day of Memory and Sorrow on Poklonnaya Hill in Moscow.

The action was organized by the ANO “Garden of Memory”, the All-Russian public movement “Volunteers of Victory” and the Victory Generals Memorial Fund with the support of the Ministry of Education of the Russian Federation, the Ministry of Natural Resources and Ecology of the Russian Federation, the Federal Forestry Agency in the framework of the national project “Ecology”.

Not following in his parents’ footsteps. Michael Consuelos has dabbled in the acting world like his parents, Kelly Ripa and Mark Conseulos, but he has zero interest in one of